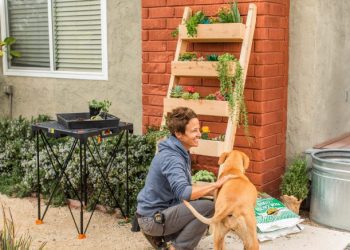 How To Protect Yourself From Dangerous Pests In Your Landscape

4 Dangerous Bugs in Your Landscape and How to Protect Yourself

Annoying bug bites can lead to life threatening illnesses. Learn how to protect your family from four of the most common dangerous backyard pests.

These bugs pose a real threat.

Whether you are enjoying a backyard barbecue, playing hide and seek with the kids, or tending to your veggie garden, outside time comes with certain risks. Most injuries come from slips, trips and falls, but according to the Centers for Disease Control and Prevention cases of insect borne illness have been climbing for the past two decades.

From 2004 to 2016, incidents of mosquito, tick and flea bites tripled in the United States. Since the early 2000’s, at least nine new germs spread by mosquitoes and ticks have been discovered or introduced. Additionally, up to 3 percent of adults have allergic reactions to bites and stings. Many of these reactions are severe, some fatal. For peace of mind and personal safety, it is important to take precautions that will protect you and your family from the risks of possibly dangerous bug bites at home.

The best way to reduce your chances of dangerous bug bites is by eliminating their habitat. Each one of these four types of bugs has unique needs to fulfill its life cycle. When you remove one or more of those needs, the bugs leave or die. Although it is impossible, impractical and unhelpful to completely eliminate all bugs from your yard, this kind of habitat adjustment can greatly reduce your interactions with the most dangerous kinds.

There are 150 different species of mosquito in the United States. They can transmit West Nile virus, malaria, dengue, and chikungunya to humans, heartworm to dogs, and Eastern equine encephalitis to horses. Rather than starting with a chemical application, your first approach should be to create an inhospitable environment for them.

Mosquitoes use standing water, or moist soil that will be flooded, to lay their eggs. The larvae and pupae must be immersed in water until the adult emerges. The entire life cycle from egg to adult can happen in as little as four days, or as long as a month.

To control the mosquito’s life cycle, eliminate standing water. Ensure that your rain gutters are clear and drain properly away from the house. Always put away tools, toys and anything else that could capture rainwater. Empty and change the water in bird baths, fountains, wading pools and other water features. Cover rain barrels to keep mosquitoes out. Drain or fill low areas of the yard where rainwater pools. Practice good pool maintenance and keep the water circulating.

Ticks lay their eggs in any dry location outdoors. After hatching, they go through three life stages. The tick needs to feed at each stage. Most tick species must find a new host for each stage.

The newly hatched tick larvae latches onto a host, feeds, and drops off. Then it molts, climbs to a likely spot along a path, like a tall blade of grass or the end of a tree branch, and awaits a new host to pass. After feeding on its third host, the adult tick mates and then dies if it is male, or lays eggs and then dies if it is female.

Because they cannot fly, ticks are at the mercy of their tiny legs to find a host. The host-a bird, mammal, reptile, or amphibian-can carry the tick many miles as it feeds. The tick then drops off wherever they happen to be when it is finished gorging.

To make your yard a tick-free zone, follow a few simple landscape maintenance tips. Remove leaf litter. Mow grass regularly. Clear away brush around the home and at the edge of the lawn. Lay a 3-foot wide barrier of wood chips or gravel between the landscape and bordering wooded areas. Play equipment, decks and patios should be within maintained areas, away from tall grass, brush, and low tree branches. Discourage wild animals that could carry and drop ticks within your yard by installing a fence. Remove any old furniture, mattresses or other household trash that may give ticks a place to hide.

Instead of spreading a pathogen that leads to chronic disease, the threat from bees and wasps is a painful sting that, for those with an allergy to stings, can be life threatening. Between bees and wasps, wasps are more dangerous in most of North America. Most “bee stings” are actually wasp stings. Yellow jackets, hornets and some other wasps are far more aggressive than bees. Plus wasps can sting multiple times, but each bee can only sting once.

For stinging bees and wasps, the aggressive defense that leads to stinging is a reaction to a perceived threat to the colony. Whether or not you knew it was there, they think you’re going to attack their home. Bees tend to wait and see what will happen, and only get aggressive if you are close to, or even beginning to damage their hive. The more aggressive wasps employ a preemptive approach. They may sting anywhere near the nest or near a food source.

The best strategies to reduce the risk of being stung by wasps are to reduce their access to food in the area, and to use physical controls such as nest removal and trapping. Yellow jackets are attracted to human food and food scraps. Once they’ve discovered a food source, like an open garbage can or compost pile, they continue to return and search the area repeatedly even after the source has been cleaned up, closed off or eliminated. Be sure to clean up immediately after eating outdoors, keep a lid on refuse containers, and cover your compost. If you grow fruit and vegetables, don’t leave spoiled produce lying around the garden – put it in the compost and cover it. Reduce habitat by eliminating standing water and caulking cracks and gaps in building exteriors where bees and wasps could enter to build nests.

Red imported fire ants have become a major nuisance across the southern tier of the US in the past several decades. They are notoriously aggressive, with a painful sting that is extremely dangerous for anyone with an allergy to it, and miserable for everyone. Control and prevention of fire ants should be a part of regular property maintenance in areas where they are present.

Fire ants have a social structure like that of many bees and wasps. A mated queen is the mother of the colony. Her job is to lay eggs. Workers, all female, care for the larvae, maintain the structure of the colony, forage for food, and defend the nest. Males mate with new queens from other colonies.

Fire ant colonies are often, but not always, associated with a large nest mound that can measure up to a foot tall and several feet across. Unlike other ant hills, fire ant hills do not have an entrance on top. Instead, entrance tunnels at or below ground level radiate out from the mound as far as 6 feet. In extremely hot or dry weather the colony tends to build deeper into the ground, and the mound may be eliminated.

In warm, wet weather-often following a rain-fire ant colonies swarm. All of the winged “reproductives” exit the nest for a mating flight. The males then die, and the newly mated queens start new colonies. Because swarming can happen any time from spring to late summer, new colonies can pop up even after an initial treatment.

The best method of controlling fire ants is a two-step application process. Step one, once or twice a year treat the entire lawn with fire ant bait. Step two, treat individual mounds that appear between the yard treatments.

Although some bugs can cause serious illness, you can rest easy. Armed with a little knowledge about how they live and what they need to survive, you can take confident action to protect your family. Enjoy the outdoors!