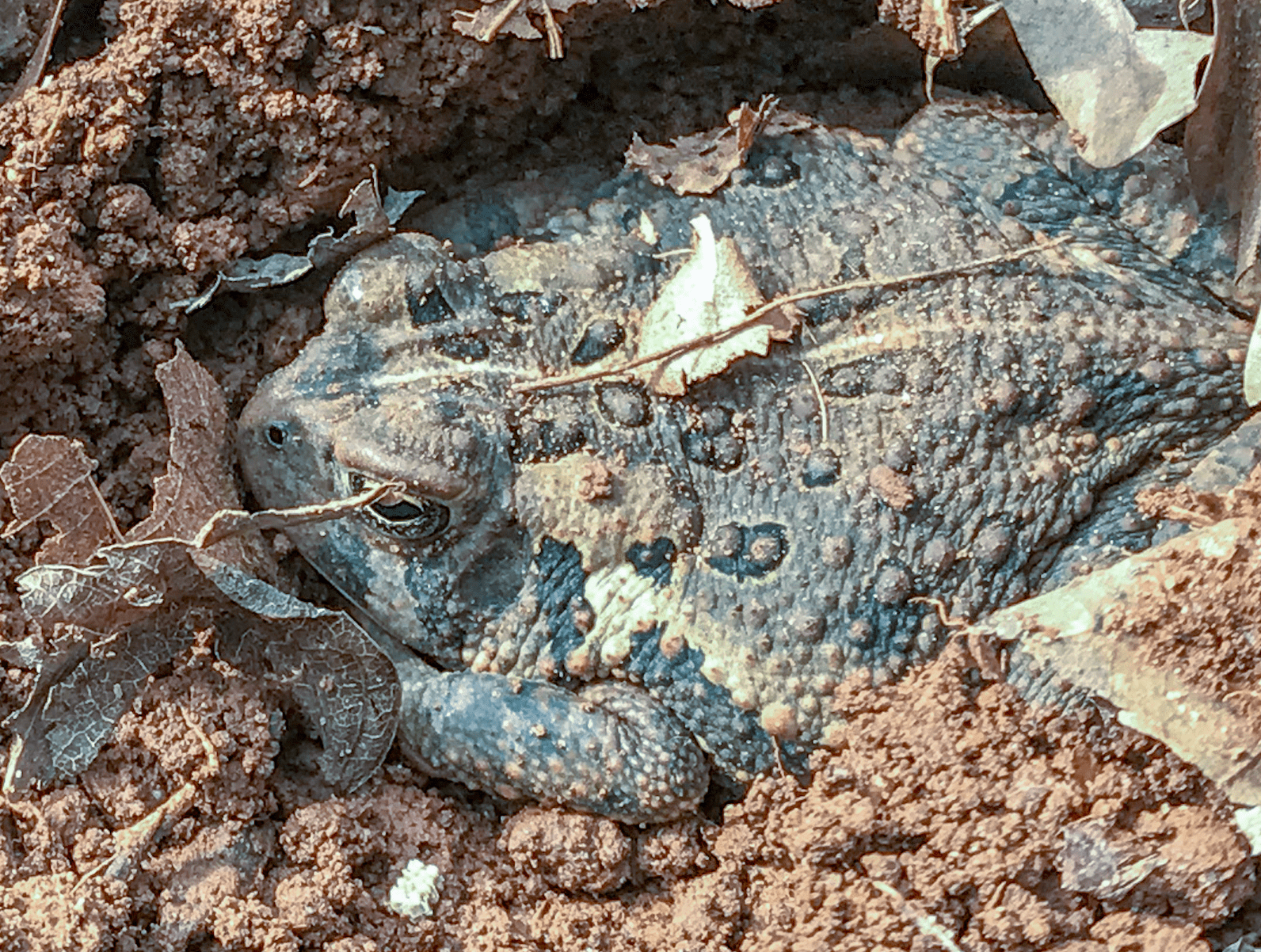 Critters In The Yard? May Not Be A Bad Thing!

Don’t give in to your emotions if these critters give you the willies – they’re actually helpful garden companions.

Fear is a powerful emotion. It causes anxiety and makes us do things that are out of character. When fear turns to phobia, it can be paralyzing. Anyone with a fear or phobia of creatures in nature is at a distinct disadvantage when it comes to creating or enjoying a beautiful, healthy landscape.

Why do we spend so much time and money to remove or kill animals whose very presence tells us that we’re doing things right? A healthy landscape invites all kinds of creatures, some cute and fuzzy, some weird and wiggly. It takes all of them to make a healthy, sustainable garden ecosystem.

The scary animals in your backyard are often the ones that do the dirty work. They are predators that keep your yard from being destroyed by bunnies, butterflies (caterpillars), beetles and other, less frightening creatures. Here are 5 animals in your yard that seem scary but are actually good to have around.

Ophidiophobia: irrational fear of snakes. The line between fear and phobia is particularly blurry with snakes. It’s not at all uncommon to hear people say things like, “The only good snake is a dead snake.” These folks may not be incapacitated by their fear, but this single minded response doesn’t leave room for a group of animals that can be quite helpful.

Snakes are mid-level predators that naturally help to balance their prey species populations. Most are opportunistic, eating a wide range of smaller animals like rodents, birds, eggs, amphibians, and insects. Snakes are also preyed upon by higher level predators like birds, raccoons, foxes and even other snakes. Most snakes, like many other wild animals, do not survive to adulthood.

What is the danger of having snakes around? More than 330 million people live in the US. Approximately 8 thousand are bitten by venomous snakes each year (0.0024 percent of the population). In most cases venomous snakebite victims are treated with antivenom and stay overnight in the hospital for monitoring before being released.

Snake habitats include forests, wetlands, deserts, grasslands, and water. It is practically impossible to completely exclude snakes from property or buildings. Chances are if you own a home, you may encounter a snake at some point. If you see a snake in your yard leave it alone, keep children and pets away, and it will go about its business and be gone quite soon.

If you find a snake inside your home, you should remove it or have it removed. This may be a simple matter of herding out a nearby door with a broom. If that is not possible, it should be captured and removed.

Arachnophobia: irrational fear of spiders. There are lots of people who can’t even think of spiders without images of the huge creatures from The Hobbit or Harry Potter flashing through their mind. Sure, it seems weird that they crawl around on webs, trapping and wrapping their prey, but that’s simply what makes them successful at filling their niche as insect predators.

Spiders eat a variety of flying insects, including grasshoppers, crickets, ants, wasps, flies, and aphids. They are in turn preyed upon by larger predators, notably birds, lizards, and other spiders.

Of the 3,000 spider species found in the US, there are two venomous spiders of concern: the brown recluse, and the black widow. Approximately 5,000 people are diagnosed with spider bites each year. In most years there are no deaths attributed to spider bites in the US, although there have been as many as 6 in a year. As with snakes, the danger associated with spiders is minimal.

Eliminate spiders from inside your home by vacuuming thoroughly, including areas beneath furniture, inside closets, behind shelves, etc. Eliminate the insects and small arthropods that spiders eat by ensuring that window screens are in good repair, eliminating other entry points, and keeping good food sanitation practices. Reduce outdoor night lighting, which attracts spider prey.

Chiroptophobia: fear of bats. The bats we encounter are almost always flying around at dusk, searching for prey. There are lots of old stories about bats biting people, spreading disease, or getting tangled in peoples hair. Don’t believe the hype.

There are about 45 bat species in the US and Canada. They are nocturnal predators of flying insects that can eat their body weight in insects each night. Bats are top predators that have no natural enemies. However, due to shrinking populations from disease, habitat loss and other environmental pressures, 12 endangered or threatened bat species are federally protected in the US.
Bats are mammals, and so they can contract and spread the rabies virus. However incidents of rabid bats are lower than other animals. If a bat is active in daytime or is out of place, it may be rabid. Only a lab test can confirm it. Like other wild animals bats will bite if provoked. Do not attempt to handle bats or other wildlife.

Bats do not get tangled in human hair. They do swoop and may come close as they track their prey, but rest assured it’s not people that they want. They use echo-location to find prey and avoid obstacles in the dark as they fly up to 100 miles per hour.

If you have a bat inside your home, flying around in a room, try to isolate it in the smallest room with an open window or door, then herd it outside. Failing that, be still and wait for it to land—do not attempt to catch it with a net or hit it with anything—then cover it with a towel, wrap it up, and carry it outside to release it.

If you suspect that bats are in your attic, the situation may be much more complicated. In this instance it is best to contact a wildlife removal company.

Ranidaphobia: fear of frogs and toads. They are hoppy and unpredictable. They have funny skin textures. Something about frogs and toads seems to strike fear and phobia in more than a few people. But they are some of the best garden helpers around.

These nocturnal amphibians mostly clean up the garden at night, and take cover during the day. You may uncover them when you move a board or flat rock that has been lying in place for a few days, or when you’re weeding a garden bed.

Toads have glands behind their eyes that produce a toxic substance when they are handled. Usually this toxicity is noted by a dog that decides to lick, mouth or eat one, in which case the dog will soon drool excessively, foam at the mouth or vomit. In most cases this is the extent of the reaction, but it’s best to get your dog checked out by a vet after a toad incident.

Entomophobia: fear of insects. Creepy crawly insects provide ample varieties of reasons for people to be uncomfortable. Many wasps have an especially bad reputation for unpredictability and a short temper. But there are many kinds of wasps, lots of them are harmless to people while helping keep the garden and landscape in top condition.

All wasps are beneficial to the garden. Tiny parasitic wasps are only .25 inch long, stingless, and prey upon insect pests. Mud daubers, although capable of stinging, are very gentle wasps that eat plant nectar – which means they are pollinators – and spiders, including black widows. Social wasps, such as yellow jackets and paper wasps, also feed on sugary substances like plant nectar and rotting fruit, and they feed numerous insect pest species to their developing larvae.

The problem with several wasp species, mainly those that live in colonies, is that they can be very aggressive in defense of their colonies. And, unlike bees, they are capable of stinging multiple times. The main culprits are yellow jackets, hornets and paper wasps. An aggressive colony in a busy part of the yard, or inside a building must be promptly eliminated.

DO NOT attempt to burn out ground nests!

You can seal yellow jackets into their ground nest by covering the entrance(s) at dusk with a heavy bowl or flat stone. Seal any gaps with soil. They will die out within a week or two.

Most wasp and hornet killer sprays can be applied from a distance of 25 feet away. Apply the product at dawn or dusk, while the whole colony is present, according to the manufacturer’s directions.

An old saying goes, “they are more afraid of you than you are of them.” While that may not be entirely true for all of us, people really do pose a far greater danger to the survival of these animals than they do to people. A better rule to go by may be “give them space to be what they are, and they will do their best to avoid you.”

Article Name
Critters In The Yard? May Not Be A Bad Thing!
Author
Mark Wolfe
Publisher Name
WORX
Publisher Logo

How to Water Plants

How to Mow Your Lawn

How to Use Your WORX Aerocart
Category : How To, Lawn & Garden
Tags :