Any time the weather is fine, is a great time to get out and enjoy the outdoors. Playing backyard games is one of the best ways to spend down time with family and friends. The best backyard games are those that you can pull out without much preparation. The rules are simple so that anyone can jump in and start playing, and maybe have a shot at winning. They become part of lasting memories of great times.

If you’re looking for a new game to play, we’ve got some great suggestions. Following are five of the best backyard games that you may have never played. But if you give them a shot you might just get hooked. 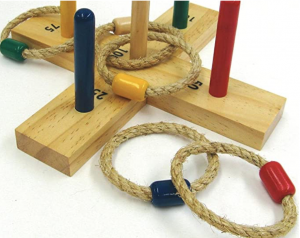 Quoits is a ring toss game with a variety of regional sets of rules. The only equipment that is required are two pins, or stakes, to use as targets, and four quoits, or rings. Pins are normally 1 inch diameter steel stakes. Quoits are 7 or 8 inch diameter rings made of steel, rubber, or rope. The traditional Welsh and Scottish version has the pins spaced 18 yards apart, inside 3 foot square clay pits. Other traditions space the targets at various shorter distances.

To play, players stand near one pin and alternate tossing 2 quoits each at the pin on the opposite end. The player with quoit closest to the pin wins a point. If both of a player’s quoits are closer than either of their opponent’s, that player wins 2 points. The next round, they throw from the other pin. The first player to 21 points wins. 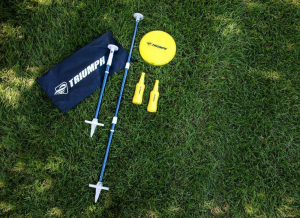 Plastic discs are easy to throw, but it takes time and repetition to master accuracy. In Bottle Battle players try to knock a bottle off its stand by hitting it with a Frisbee. Kits are available in stores, but the game is simple enough to make at home. All you need is a Frisbee, two plastic bottles of equal size, and two wooden stakes to stand the bottles on.

Drive the stakes in the ground at opposite ends of the play area, about 40 feet apart. Stand one bottle on each stake. In windy weather, you may need to add water to the bottles for weight. Players stand behind their own stake and alternate throwing the Frisbee at their opponent’s bottle. Points are scored when either the bottle (2 points) or the Frisbee (1 point) hits the ground. If the bottle and Frisbee are both caught, no points are awarded. The first player to 21 points wins. 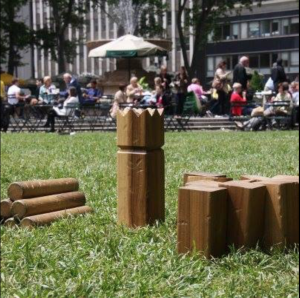 Kubb (pronounced ‘koob’) is a classic yard game of strategy and throwing accuracy. In the game, two individuals or teams try to knock over wooden blocks, called kubbs, by throwing wooden batons at them. Manufactured equipment is available to buy, or you can make a simple set with six 1 inch x 12 inch wooden dowels and some 4 x 4 lumber or even firewood.

The game is played on a rectangular pitch 5 meters wide x 8 meters long (about 16 ½ feet by 26 feet), with the outline and midline marked. To begin, 5 kubbs are set on each team’s baseline and the king is set on the center of the midline. Each team throws a baton at the king to see which team opens the game. The closest to the king without knocking it over wins the start.

The teams’ alternate standing behind their own baseline and throwing the six batons at their opponent’s kubbs. At the end of a turn when baseline kuubs are toppled, the defending team, standing behind their own baseline, tosses (inkasts) them onto the pitch – trying to create a positional advantage – and the attacking team stands the kuubs where they land. The objective is to knock down all of the opposing team’s kubbs, followed by the king, in a single turn. Be careful, knocking down the king before the kubbs means an instant loss. Find the full list of official Kubb rules and equipment here. 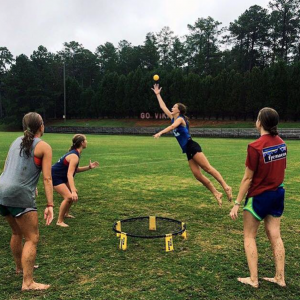 Spikeball, also known as Roundnet, is a game of speed and coordination. The game is played by 2 teams of 2 players each, using a 4 inch ball and a horizontal, round, 3 foot net, inside a 15 foot circumference serving circle. Allow plenty of open space outside the circle, as play can extend much further.

Play is much like volleyball, except the ball is served by bouncing it off the net. Opposing teams line up across from each other with the net in the center. The server stands behind the service line and puts the ball into play by serving it off the net to an opposing player. Once the ball is served the players can go wherever they like. The opposing side is allowed three touches to return the ball to the opponent. When a team fails to return the ball, the opposite team scores a point regardless which team served. You can find out more about playing Spikeball here. 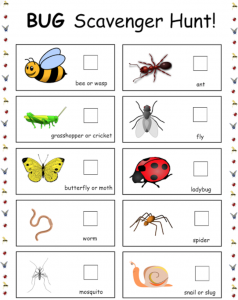 Bug Hunt tests observation and nature identification skills. The object of Bug Hunt is to find and note as many different kinds of bugs as possible in a set amount of time. Players line up with their note-taking devices and on the leader’s signal they begin searching and note every different kind of bug they find. At the time’s up signal, players report back to the group with their findings. The winner receives a fabulous prize, like the first slice of watermelon, an extra scoop of ice cream, or a special adult beverage.

The rules of the Bug Hunt are agreed upon at the outset, and can easily be tailored to the experience level of the players. Bonus points, or instant wins could be given for finding specific kinds of unusual bugs. Equipment can vary, from pencils and paper, to a smartphone, hand lens, field guide, etc. Boundaries and time limits can be as extensive or restricted as the group desires. Identification details may or may not be required, but a simple description or even a photo may be sufficient.

If you’re staying home, have fun, be healthy, and stay active. Play backyard games and enjoy outside. 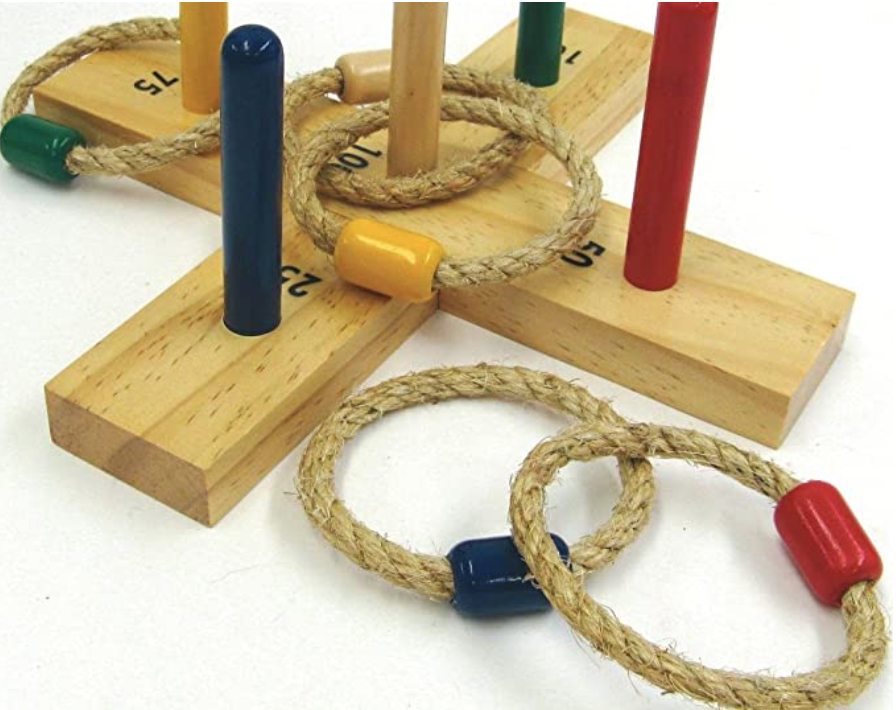 Article Name
5 Backyard Games You’ve Never Played, But Should
Description
If you’re looking for a new game to play, we’ve got some great suggestions. Following are five of the best backyard games that you may have never played. But if you give them a shot you might just get hooked.
Author
Mark Wolfe
Publisher Name
WORX
Publisher Logo 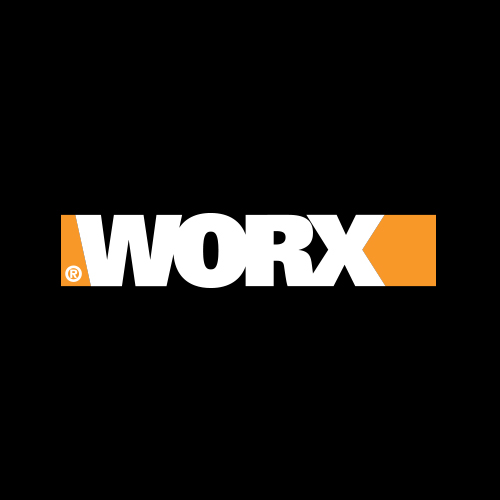 Which Saw For Which Project?